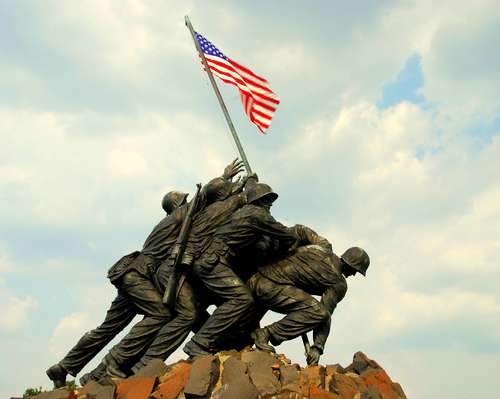 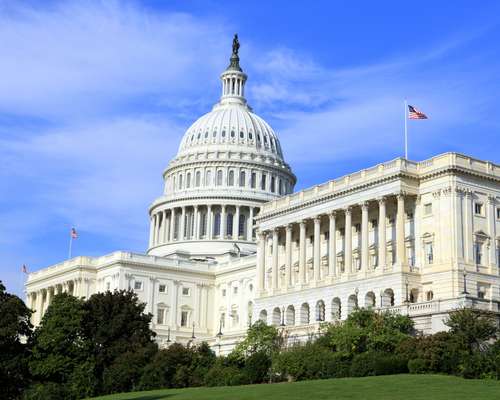 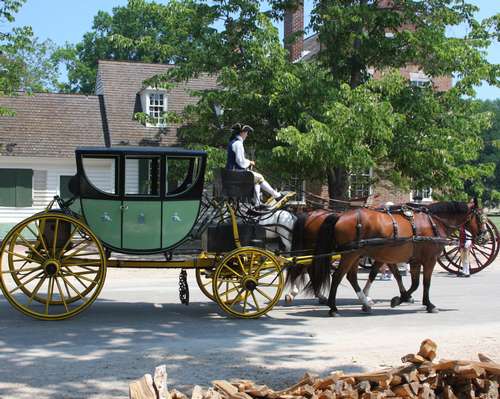 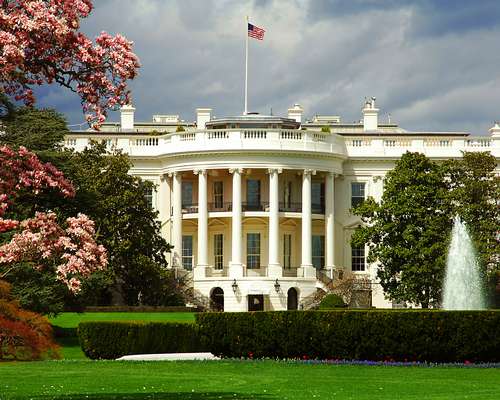 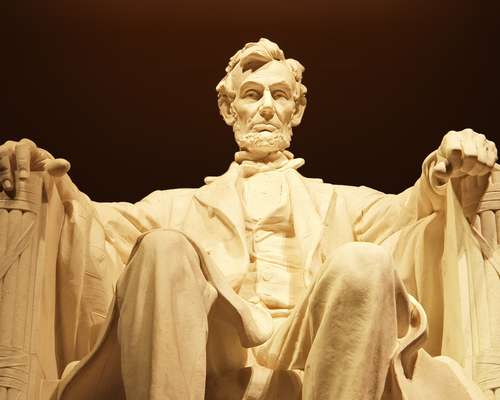 Accommodations in centrally-located three-star or four-star hotels. Rooming on a triple/quad basis with shared beds.

All breakfasts. One lunch. All dinners. Dinner at the Hard Rock Cafe on Day 4.

Dinner at the Hard Rock Cafe

Performance at the John F. Kennedy Center for the Performing Arts

The U.S. glides by under your wide-bodied aircraft as you fly to our nation's capital, Washington, D.C.

Travel to the city that was the capital of Virginia in colonial days. See how it has been beautifully restored with the financial support of John D. Rockefeller Jr.

On your program today: two of the three colonial sites that form the Historic Triangle of Virginia.

Visit to Historic Jamestowne with the Powhatan Indian Village

A short drive takes you centuries back in time to the site of the first English settlement in the New World, where you will also learn about the history and culture of the region's Native Americans at the re-created Powhatan Indian Village. Pocahontas was the daughter of Powhatan, the leader of the local Algonquin tribes.

View the colonial church tower, partially in ruins, which is the last remaining above-ground structure from the period when Jamestowne was the capital city of the English colony of Virginia, long before Williamsburg was established.

Watch craftsmen such as glassblowers in 17th-century garb demonstrate their skills in authentically replicated shops: glassblowing was one of the earliest trades imported from Europe.

You will also view the replicas of the three ships that sailed from London in December 1606 and reached Virginia's coast in May 1607.

Enter the attractive Visitor Center that provides information about the site and its history. Then, instead of boarding the shuttle bus right away, you may be tempted to follow the footpath to the Governor's Mansion for a pleasant 15-minute walk.

Other Colonial Williamsburg attractions include the Capitol, the Duke of Gloucester Street, lovely houses and gardens, and quaint shops.

This evening, see the 18th-century town in a different light as you follow a costumed guide on a thrilling Ghost Tour.

Proceed to one of the three cities that belong to Virginia's Historic Triangle.

Thematic and living history exhibits take you back to the 1770s and 1780s, and to the battlefield where cannons and muskets once thundered.

Your coach takes you to the historic city colloquially known as C'ville, which was called home by two Presidents, Thomas Jefferson and James Monroe.

Follow a guide through the plantation of the third President of the United States. Photo opportunities abound at Monticello, starting with the neoclassical residence built in 1772 and the breathtaking views.

Continue to our nation's capital city.

An excursion today takes you along the Potomac to Mount Vernon.

Visit the home and estate where our first President loved to live as a gentleman farmer. Walk down to the gravesite where two marble sarcophagi mark the resting place of George and Martha Washington.

Travel to the trendy suburb of Alexandria to view the quaint seaport of Old Town Alexandria, established long before the city of Washington, D.C.

View important Washington, D.C. landmarks on a tour in the city.

A local guide, well-versed in the history and culture of Washington, D.C., will accompany your group for half the day.

Head to Capitol Hill, which is dominated by the cupola of the U.S. Capitol, surrounded by the Senate and House buildings. Nearby, you'll see the Supreme Court Building and the Library of Congress.

See the National Memorial dedicated to Americans who served in the armed forces or who contributed to the war effort during World War II.

Smithsonian Museums at The Mall

The capital city is home to the largest museum complex in the world, the Smithsonian Institution. It now oversees nineteen museums and the National Zoo, as well as the "Castle," which houses the Smithsonian Visitor Center and the tomb of James Smithson, the Englishman whose half-million dollar endowment established the Institution, back in 1846.

Dinner at the Hard Rock Cafe

This evening, enjoy dinner at the Hard Rock Cafe, where the original concept of hanging rock star memorabilia on the walls began when Eric Clapton gave a young proprietor his guitar to keep as a long-standing reservation in order to be able to dine at his favorite table in London. Now, over 70,000 items line the walls in more than 160 restaurants in 52 countries around the world.

In the evening, the monuments light up: see the Capitol Building, the White House, the Jefferson Memorial and the Washington Monument, the Lincoln Memorial, and more.

Enjoy a city sightseeing tour, where you will see some of the sights of Washington D.C.

A full-day local guide, well-educated and specially-trained on the history and culture of Washington, D.C., will accompany your group.

Get better acquainted with the United States Congress and the Capitol Building at the huge Visitor Center where television screens show live sessions of the House and Senate.

Visit the theater where President Lincoln was shot, and the house across the street in which he died. The theater reopened after having been closed for 103 years.

Visit to the Thomas Jefferson and FDR Memorials

Visit the Thomas Jefferson Memorial, dedicated to the Founding Father and principal author of the Declaration of Independence, who served as the third President of the United States between 1801 and 1809.

You will also visit the Franklin Delano Roosevelt Memorial, which honors the President who led the nation out of the Great Depression and through World War II in the course of his unequaled four-term presidency.

Stop at the monument dedicated to the 184 people who died at the Pentagon and on American Airlines Flight 77 on September 11, 2001.

Spend time at the Visitor Center of the executive residence also known as The People's House. See historical artifacts and permanent exhibits, and take an interactive touch-screen tour of the real White House next door.

Performance at the John F. Kennedy Center for the Performing Arts

Head to the "Kennedy Center," one of the busiest performing arts centers in the United States, with multiple performances venues and a Grand Foyer that's one of the world's largest rooms.

Thrills and suspense are on your program at the Kennedy Center's performance of Shear Madness, the longest-running non-musical show in the country (it premiered in the USA in 1980). In this hilarious whodunit, whose plot changes with each performance, the actors improvise and the audience is involved in solving the crime!

View important Washington, D.C. landmarks on a tour in the city.

A local guide, well-versed in the history and culture of Washington, D.C., will accompany your group for half the day.

On a visit to the National Cemetery, you will pause at the Kennedy Gravesite and at the Tomb of the Unknown Soldier, where the Changing of the Guard is held regularly.

Continue to Arlington Ridge Park, adjacent to Arlington Cemetery, to view the Marine Corps War Memorial. Better known as the Iwo Jima Memorial, this iconic monument is dedicated to all U.S. Marine Corps personnel who have died defending their country since 1775.

As you will see, all visitors to the Korean War Veterans Memorial are reminded that Freedom Is Not Free as they pay their respect to soldiers who served during the Korean War between 1950 and 1953.

Visit to the Lincoln Memorial

Have a close look at one of the city's, and the nation's, most beloved monuments, which memorializes the 16th President of the United States. You will be reminded of President Lincoln's accomplishments as you stand at the foot of his 19-foot-tall statue.

Visit to the Vietnam Veterans Memorial

Pause at one of the most poignant memorials on the Mall. In a solemn tribute, it bears the names of members of the U.S. armed forces who perished or were reported as missing in action during the Vietnam War.

Most good things must come to an end. Your suitcase full of memorabilia and of photos ready to be processed, get ready for the journey home, eager to share your discoveries with family and friends.