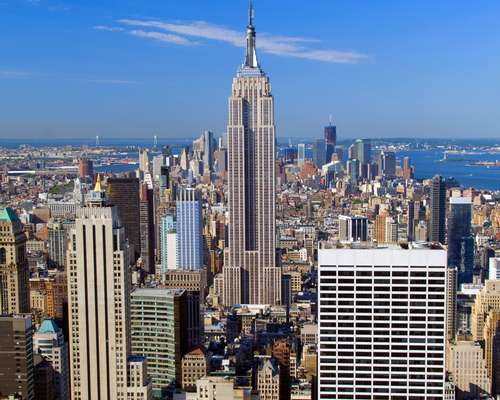 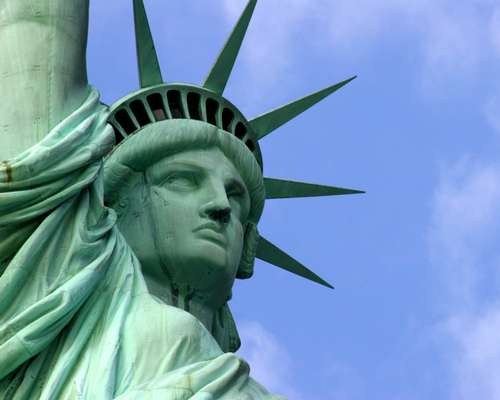 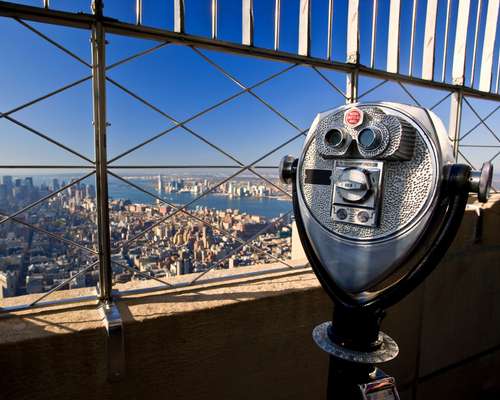 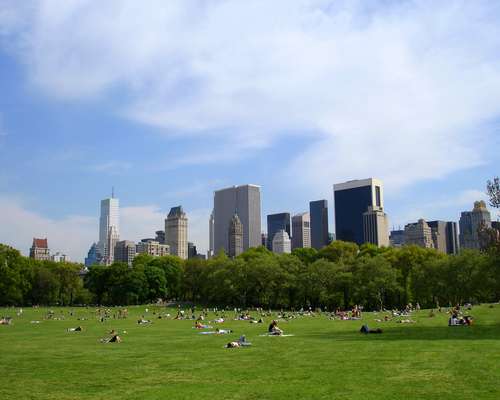 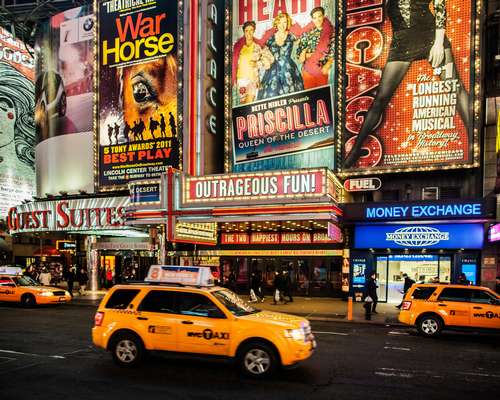 Accommodations in centrally-located three-star or four-star hotel. Rooming on a triple/quad basis with shared beds.

Tour of the NBC Studios Tour at Rockefeller Center

Ascent to the Top of the Rock Observation Deck

Excursion to Ellis Island and the Statue of Liberty

Broadway Show (scheduled according to availability)

It's an exciting time when you arrive in "The Big Apple!"

As you make your way through man-made canyons, surrounded by unnatural mountains of steel, glass and concrete, you may remember that the once-pristine island of Mannahatta was purchased from Native Americans for about $24 dollars' worth of costume jewelry and seashells.

Learn about the intergovernmental organization founded in 1945, and which now counts 193 Member States. Its headquarters is located on US soil, but on a property declared extraterritorial through a treaty with the United States. Representatives meet in the General Assembly Hall (access subject to availability).

>Enjoy a tour of the studios that produced famous programs such as the Today Show and Saturday Night Live. have fun at the NBC Experience Store!/p>

Ascent to the Top of the Rock Observation Deck

Head to 30 Rockefeller Plaza for a ride up to the 70th-floor observation deck of the "Top of the Rock." Enjoy the stunning views over the skyscrapers of midtown and downtown.

Visit the Fifth Avenue landmark designed by Frank Lloyd Wright to view a strong collection of modern art. You'll also quickly understand why the Solomon R. Guggenheim Museum is one of the most architecturally interesting buildings of the 20th century.

Embark on a ferry ride to Ellis Island, where twelve million Europeans first experienced America through the island's chaotic immigration processing facilities. Continue to Liberty Island to get a closer look at the Statue of Liberty. Built by the French, Bartholdi's "Lady Liberty" was recently renovated to bring back her original splendor.

Take a stroll in the Wall Street area, the financial hub of the world. Landmarks in the vicinity include Chinatown, SoHo, Greenwich Village, the Brooklyn Bridge, Trinity Church and its churchyard with the grave of Alexander Hamilton, Wall Street, and Federal Hall, where George Washington's inauguration took place in 1789.

Other sites include the New York Stock Exchange, the Federal Reserve Bank of New York, the "Charging Bull" and Battery Park.

You may want to explore South Street Seaport. Once a rundown area of empty warehouses and dilapidated piers, the old seaport has been restored into an eleven-acre complex that includes art galleries, craft shops, restaurants, and the South Street Seaport Museum and its Street of Ships.

Broadway Show (scheduled according to availability)

This morning, if time permits, do some shopping for that special souvenir.

Most good things must come to an end. Your suitcase full of memorabilia and of photos ready to be processed, you'll be eager to share your discoveries with family and friends.