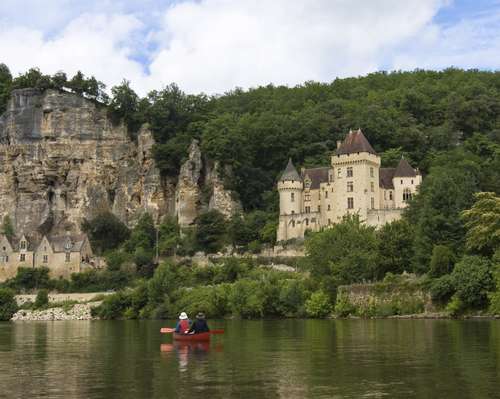 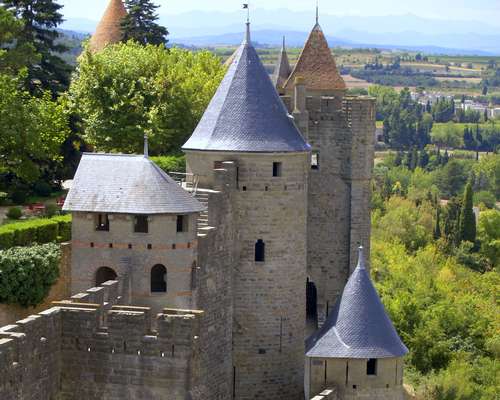 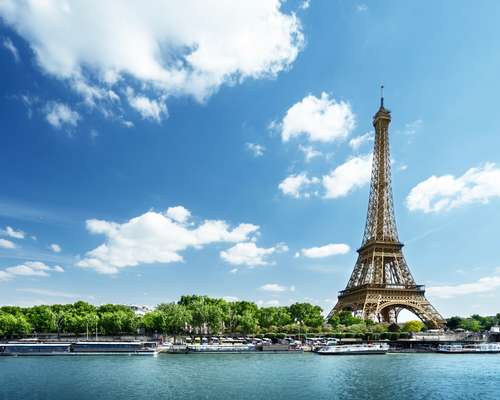 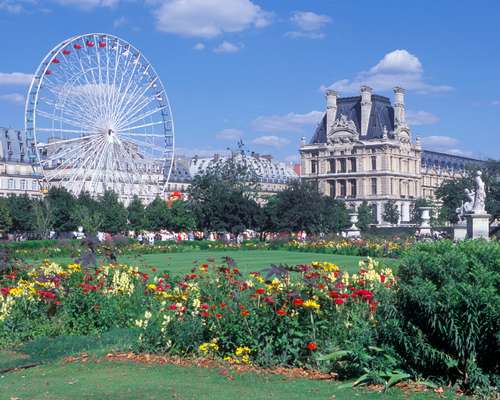 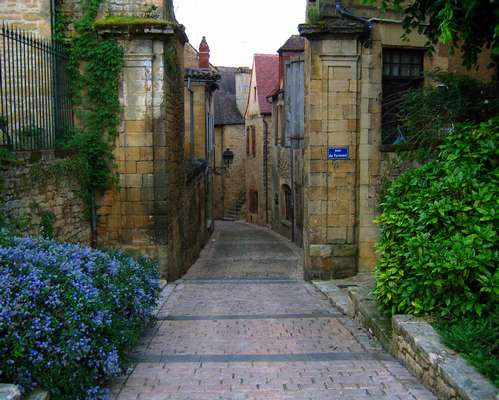 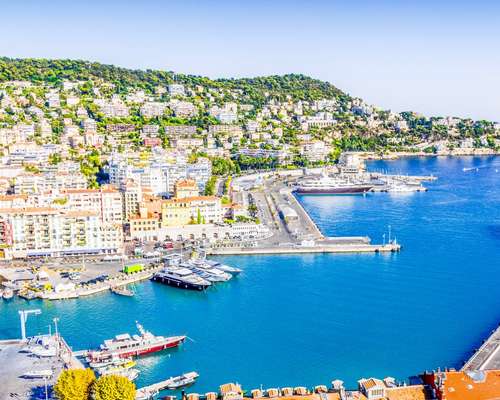 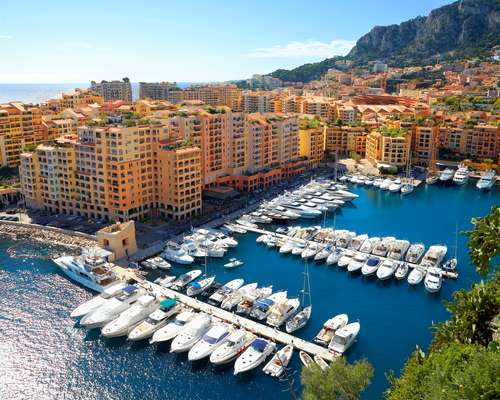 Scenic drive through the Dordogne Valley

Optional Excursion to Èze and Monaco: Visit to the Fragonard perfume factory in Èze-Village

This evening, enjoy a show at the Moulin Rouge (Red Windmill). There's indeed a windmill on the top of this famous building, which is one of the landmarks of the district known as Pigalle, at the foot of the Montmartre hill. The Moulin Rouge presents a truly fantastique cabaret show, albeit a little risqué!

The transfer back to the hotel is provided for the 11 pm show.

You may want to take the colorful Métro to Saint-Germain-des-Prés, on the rive gauche. Paris' oldest church, with a Romanesque steeple dating back to 1014, is surrounded by a quartier long popular with artists and writers. Check out celebrated cafés such as the Café de Flore, Les Deux Magots and the Brasserie Lipp which count Jean-Paul Sartre, Simone de Beauvoir and Ernest Hemingway among their famous patrons.

Take a stroll along the glamorous Avenue des Champs-Elysées, which stretches for more than a mile from the Place de la Concorde, where Louis XVI and Marie-Antoinette encountered Dr. Guillotin's invention and their fate. The obelisk at the center of the square was presented by Egypt to France in 1831 and dates back to the 13th century BC, a relic of Ramses II. In the vicinity stands the Palais de l'Elysée, built in 1718, which now serves as the residence of the President of the Republic. At the other end of the avenue, the Arc de Triomphe looms over the city's craziest rotary. (You may want to climb up to the monument's platform for a great overview of the area!)

One of the world's fastest trains, the Train à Grande Vitesse, is your means of transport. It whisks you away to the elegant city of Bordeaux, set in the heart of one of France's most famous wine-growing regions.

Pause in Saint-Émilion, a village nestled amid vineyards that produce some of the most renowned Bordeaux wines. The Romans planted the town's first grape vines back in the 2nd century AD, thus starting an industry that thrives nineteen centuries later and earned this ancient town a UNESCO World Heritage label as a cultural landscape.

Take time to walk with your tour director through the village's very steep streets, lined with ancient houses, on your way to the collegiate church.

A visit is included to the Eglise Monolithe, an underground church said to have been carved out of the cliff by the disciples of Emilion, a Breton hermit who arrived in the region in the 8th century.

Get an introduction to the UNESCO World Heritage city of Bordeaux. See the vast Place de la Comédie and the Grand Théâtre, built in 1780, which became a model for many theaters, including the Opéra Garnier in Paris.

Then, follow the quay along the Garonne River to the Place de La Bourse to view the reflecting pool known as the Water Mirror. Continue to the Saint-Pierre district, cradle of the city, to see Square Vinet, the Mur Végétal, Porte Cailhau ( medieval city gate), and the iconic Pont de Pierre.

The Dordogne Valley offers one of the great scenic drives of Europe, with medieval castles, dramatically-plunging landscapes and precariously-poised villages hugging cliffsides. During the Hundred Years War (1337-1453), this region was a constant battlefield for the French and the English, who both built fortresses along the river.

Arrive in Sarlat, one of the best-preserved Renaissance towns in France. The town has retained many of its ancient buildings, turrets, twisted streets and passageways. Time seems to have stood still for centuries.

If you walk around the town's center, you'll see the 16th-century Cathédrale Saint-Sacerdos, the former Bishop's Palace with its Gothic windows, and the house of the poet Étienne de la Boétie, who was the dear friend of the famous 16th-century philosopher Michel de Montaigne.

Your journey continues to the medieval gem of Carcassonne, whose walls rebound with images of knights-in-armor and tales of heroism and romance. This fortified city goes back to Roman times but is better known for its extensive medieval ramparts. The great Narbonne Tower was large enough to store pork from 1,000 pigs and 200 sides of beef, along with enough fresh water to supply the town for six months.

Your tour director will take you on a walking tour within the impressive fortifications which enclose the Château Comtal and old houses piled haphazardly along winding streets.

Continue east to Provence and the "Little Rome of the Gauls," where Vincent van Gogh lived and worked in the late 1880s.

Enjoy the evening in this charming town of winding ruelles and evocative Roman remains.

Stroll along narrow cobblestone streets, virtually unchanged over the last hundred years and replete with evidence of times gone by. Besides the Amphitheater, landmarks include a Roman theater, the eerie Alyscamps (a Pagan and Christian burial ground which fascinated Dante, van Gogh and Gauguin), and the magnificent Church of St. Trophime, the city's former cathedral and Provence's finest Romanesque sanctuary.

Visit the largest Roman amphitheater north of the Alps, built around AD 90, and the Roman Theater, which dates back to the 1st century BC.

Travel to Nice via the Pont du Gard

Marvel at the Romans' engineering genius at the Pont du Gard, an aqueduct constructed in 19 BC which delivered 44 million gallons of water each day to the Roman city of Nemausus (Nîmes).

Journey on to the glittering capital of the French Riviera. This is the Côte d'Azur, celebrated for its sunny climate, the turquoise Mediterranean, and the vedettes de cinéma who inhabit the surrounding hills.

Stroll along the Promenade des Anglais, said to be Europe's most handsome boulevard (see the luxury yachts from the world over).

Art lovers may want to visit the colorful Musée Matisse or the Musée Chagall, the latter highlighting one of the artist's major works, Le Message Biblique.

Try a pissaladière (local pizza) or a salade niçoise for lunch.

Of course, in Nice there's the famous crescent of the beach: as all beaches in this region, Nice's beach may be a touch pebbly, but the deep blue water looks great!

Optional Excursion to Èze and Monaco

Board your coach for an excursion today.

Discover the Principauté, a fabulous display of white buildings and winding roads set into steep hillsides. Landmarks include the harbor, Monte Carlo and its Grand Casino, favored by the world's well-to-do, the Cathedral, and the Prince's Palace, once inhabited by Prince Rainier and his bride from Philadelphia, the actress Grace Kelly.

Discover a picturesque Provençal village perched atop a towering cliff, high above the Mediterranean Sea.

Visit to the Fragonard perfume factory in Èze-Village

Enter the Parfumerie Fragonard and learn about the esoteric artistry of the "nez" - the perfumers nicknamed "Noses" who compose renowned perfumes from a workstation known as a perfume organ.

Le retour, hélas... Your plane awaits. This time the earth rotates towards you, allowing an arrival in the U.S. seemingly shortly after you left Europe! You're eager to share your adventures with family and friends.