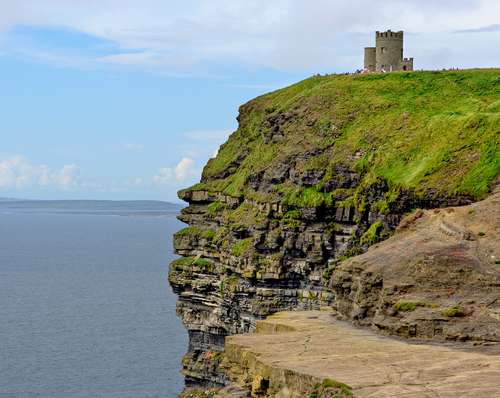 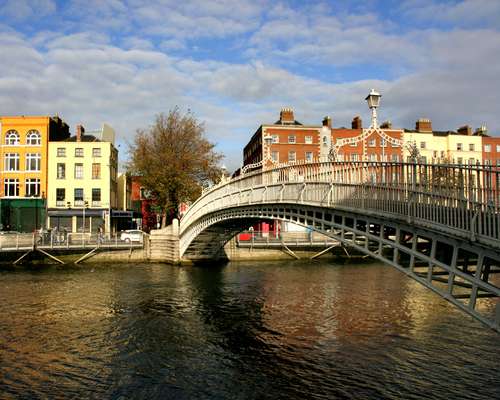 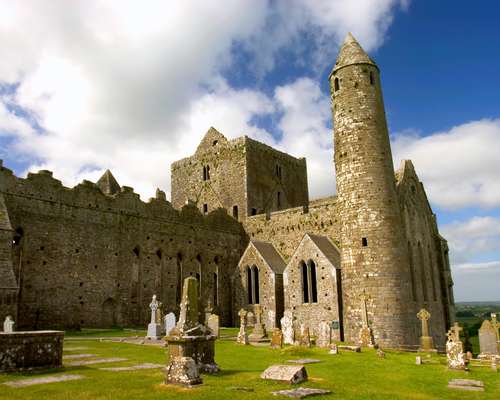 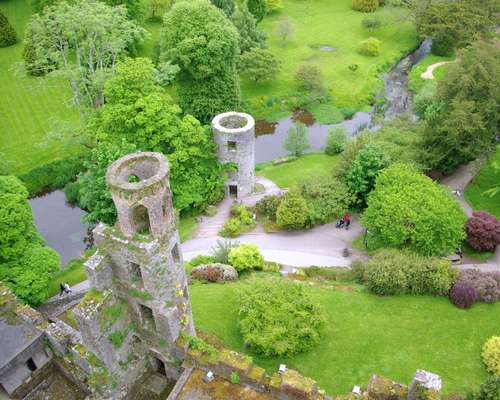 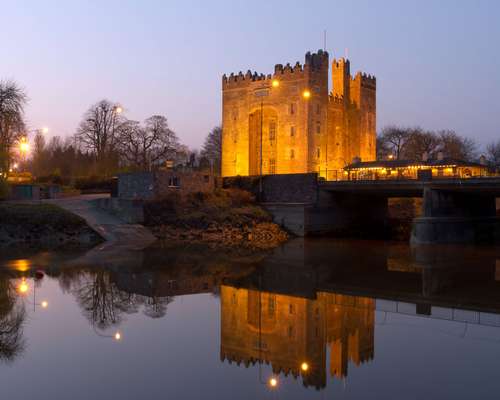 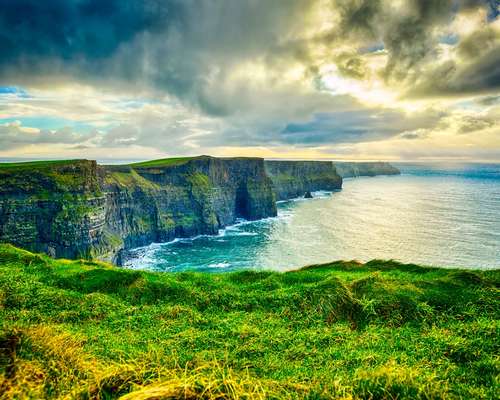 Ring of Kerry Coach Tour: Visit to the Bog Village

Sightseeing stop at the Cliffs of Moher, Scenic drive across the Burren Plateau

Optional Excursion to the Aran Islands: Local guide and minivan, Sightseeing stop on the island of Inishmore, Visit to the Dun Aengus prehistoric fort

Consider a visit to a museum such as the National Museum (whose precious Celtic artifacts include St. Patrick's Bell and the Tara Brooch), the Dublin Writers' Museum, or the National Gallery (with a collection of paintings featuring works by Jack Yeats).

Drive through emerald hills to Cashel, in County Tipperary.

Visit St. Patrick's Rock, an outcrop rising from the Tipperary plain which once was the seat of the kings of Munster. St. Patrick is believed to have come here in AD 450 to christen King Aenghus.

The Rock of Cashel is topped by the most interesting monastic ruins in Ireland. They include a 12th-century Round Tower, a High Cross, the Romanesque Cormac's Chapel (1134), the 13th-century Cathedral, the 15th-century Castle, and the restored Hall of the Vicars Choral, which serves as the Visitors Entrance and houses a small museum of artifacts found on the site.

Modern attractions include an audio-visual show and exhibitions.

Proceed to Blarney, a village in the south of Ireland.

Not to be missed, of course, is Caisleán na Blarnan, a medieval fortress with an impressive keep. According to tradition, or a tad of blarney, the gift of eloquence is granted there by kissing the Blarney Stone.

Pay a visit to the Blarney Woollen Mills, a restored factory complex built in 1823 for spinning and weaving wool. It's now the world's largest store with an inventory of Irish-made goods. If it's made in Ireland, food or fashion, it's there!

Proceed westward through Killarney National Park and its many lakes to the cheerful town of Killarney. The 3,414-foot peak of Carrauntoohil dominates the view to the west, surrounded by heather-covered hills.

The Ring of Kerry, a scenic route around the Iveragh Peninsula that you will discover today, presents a breathtaking overview of Ireland's geography, including purple mountains, quaint villages, seascapes, bogs, and narrow passes overlooking the sea. View the stark Skellig Michael island off the tip of the peninsula: medieval monks and Luke Skywalker sought refuge there.

A visit is included to Bog Village, a replica of an early 18th-century community typical of southwestern Ireland with its small thatched houses. Learn how peat harvested from bogs was used as domestic fuel.

Travel to the village of Bunratty, set on the Ratty River, near its confluence with the wide estuary of the Shannon River.

Enjoy a visit to Bunratty Castle and Folk Park. This formidable castle has been restored to its original 16th-century beauty, Tudor furnishings and all. Bunratty Folk Park is a meticulous re-creation of rural life in Ireland at the turn of the century. Taste butter being churned or purchase some woven handicraft.

Your journey continues to Limerick, the setting for Angela's Ashes, Frank McCourt's 1996 memoir. This is also the country's fourth-largest city, with an eventful history that mirrors the country's tumultuous past.

A walking tour with your tour director will introduce landmarks such as St. Mary's Cathedral (founded in 1168 by Donal Mor O'Brien, King of Munster) and, across the river, the Treaty Stone, on which the 1691 Treaty of Limerick is said to have been signed.

This evening, enjoy a feast with lords and ladies while entertainers and jesters dance and sing, and maidens deliver platters to a banquet hall graced with the presence of the Earl of Thomond, lord of the castle.

Only a short drive from Limerick, the Cliffs of Moher stand ready to stun you into silence.

View some of the most spectacular cliffs in all of Europe, with sheer drops of over 600 feet.

Ride on the Mid West portion of Western Ireland's Wild Atlantic Way, crossing the vast limestone plateau of the Burren National Park, known for its unusual combination of Alpine and Mediterranean flora. Pass by Corcomroe Abbey, whose ruins, almost indistinguishable from the stones of the plateau, inspired W. B. Yeats' verse play The Dreaming of the Bones.

Proceed to a lively university city which got its name, Dún Bhun na Gaillimhe, when it was but a "Fort at the mouth of the Gaillimh."

Follow your tour director on a walking tour. Highlights include Eyre Square, the focal point of the modern city, the 16th-century Lynch's Castle (now housing the Allied Bank of Ireland), St. Nicholas' Church, and the Bowling Green district with the house of Nora Barnacle, the muse and wife of James Joyce. Continue to the Spanish Arch (a reminder of the city's trading links with Spain) for a stroll along the quays of the River Corrib.

Optional Excursion to the Aran Islands

Take a seat aboard a minivan for a tour led by a driver/guide well acquainted with the history of the Aran Islands and the way of life of its inhabitants.

Windswept, yet never touched by frost, Inishmore, like the other Aran Islands, is a paradise for wildflowers, with hundreds of varieties. These islands are also renowned for their crafts, in particular the famous Aran knitwear. You may want to begin your explorations at the Aran Heritage Centre, Ionad Arann, located near the port of Kilronan. A tour of the center will present two millennia of this Celtic island's history, language and traditions.

View Dún Aonghasa, the island's finest prehistoric monument, located nearly four miles from the village of Kilronan. This semi-circular stone fort is located in a spectacular setting at the edge of a cliff, some sixty feet above sea level.

Archaeological research has found evidence of human settlements dating back to 1500 BC. Bronze Age artifacts found on the site are exhibited in Dublin's National Museum of Ireland.

Images of the Irish countryside are still vivid as you race the sun home aboard your jet airplane. Arrive home later today, eager to share your discoveries with family and friends.