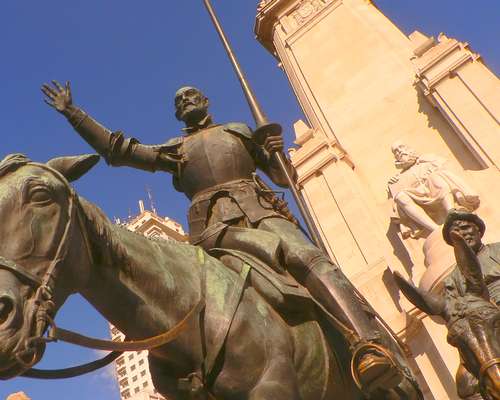 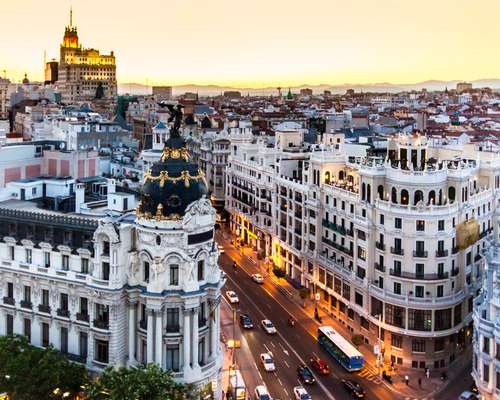 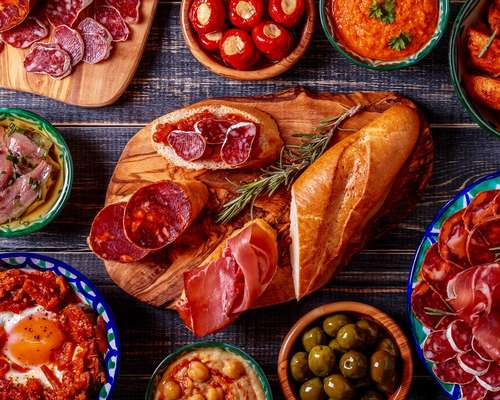 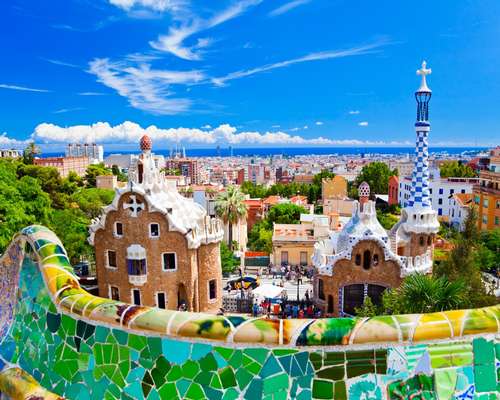 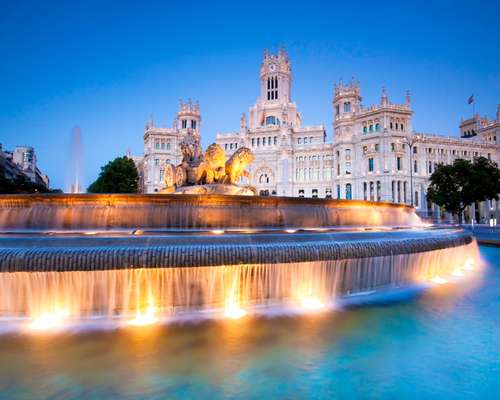 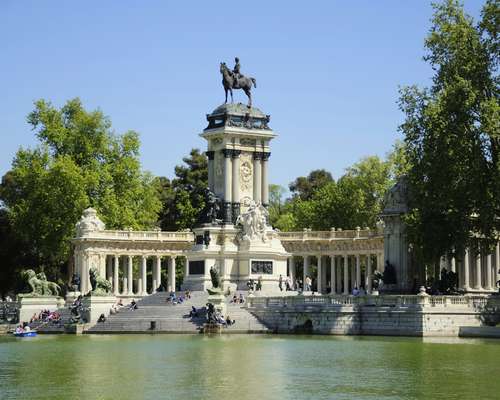 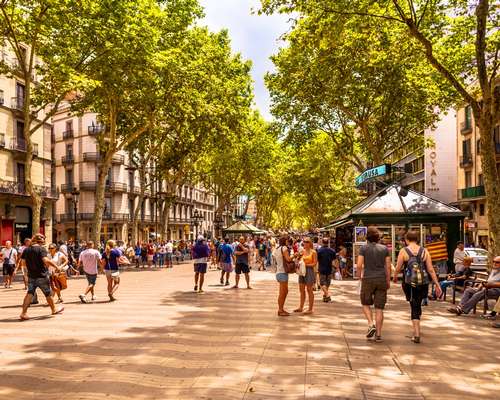 Visit to the Sagrada Familia Basilica

Optional Excursion to Montserrat: Round trip on the Montserrat Funicular, Visit to the Basilica of Montserrat

You may want to check out the elegant El Corte Inglés department store at the Puerta del Sol.

A Alta Velocidad train takes you at high speed across the semi-deserts of northern Spain and the plains of Castile on your way to the palm-fringed Mediterranean shores.

Enjoy a free evening in this Mediterranean town of parks and fountains.

A half-day local guide, well-educated and specially-trained on the history and culture of the region, will accompany your group.

Enjoy a visit to Gaudí's most colorful creations on exhibit in Parc Güell, notably the mosaic-decorated pavilions and the cavernous Room of a Hundred Columns.

Visit to the Sagrada Familia Basilica

Visit the extraordinary-looking basilica whose construction was planned in the 1870s. Antonio Gaudí worked for more than forty years to create a unique and huge sanctuary still far from completion. The Temple Expiatori de la Sagrada Familia combines elements of Gothic architecture and the tenets of the Modernista movement associated with Gaudí.

Enjoy a visit to Catalonia's holiest place, the Monastery of Montserrat, located amidst the serrated peaks of the Montserrat mountain range. Montserrat has served as a place of pilgrimage since the 12th century. After being destroyed by the French in 1811, the monastery complex was rebuilt and repopulated in 1844 and now includes quaint shops and cafés.

Round trip on the Montserrat Funicular

Enjoy a funicular ride for the last leg up the mountain, which affords stupendous views stretching from the Pyrénées Mountains to the Mediterranean Sea.

Visit to the Basilica of Montserrat

You will enter the Basilica to view La Moreneta (Black Virgin). This revered statue, said to have been carved out of wood by St. Luke around 50 AD, has been on the mountain since it was rediscovered in 880 AD after being hidden from the Moors.

You may want to stroll down Las Ramblas to the Columbus Monument, which marks the spot where the explorer stepped ashore in 1493 after his voyage of discovery. Nearby is Port Vell, the harbor area where you'll find one of Europe's largest aquariums.

You may take a walk to the trendy part of town known as Poblenou, where former warehouses now house the studios of artists and photographers. A palm tree-lined boardwalk leads all the way to the sea.

¡Adios España! Barcelona's airport recedes, and you're 500 miles closer to home with each hour in the air. You'll be back! For now, race the sun westward, arriving home later today, eager to share your experiences with family and friends.