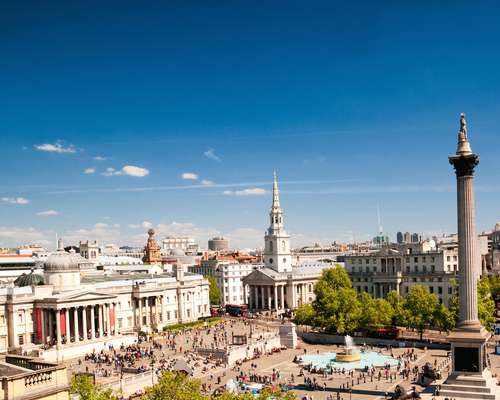 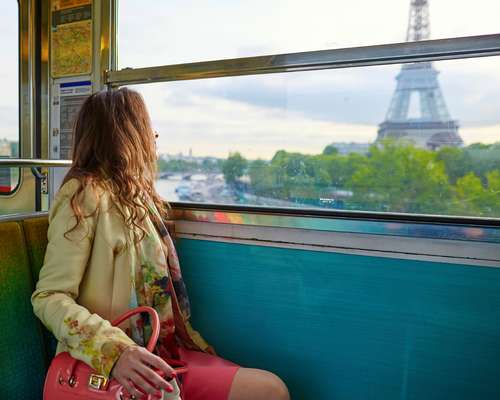 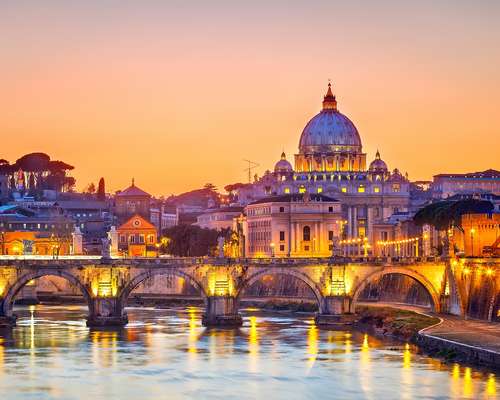 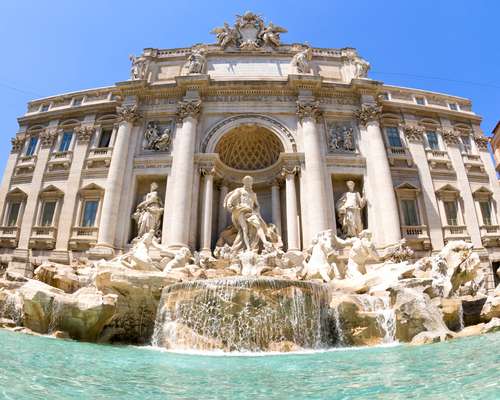 All breakfasts. All dinners. Dinner with music on Day 8.

Take a walking tour with your tour director. Start at Covent Garden, the stomping ground of Eliza Doolittle and Professor Higgins. See Leicester and Trafalgar Squares, and Piccadilly Circus.

Board the high-speed Eurostar train for an exciting trip under the English Channel. It's London one minute, and Paris the next.

Enjoy an augmented reality art experience, and marvel at the creativity of the digital artists, who use the latest sound and light techniques. You'll see how a system of 140 video-projectors and 50 speakers present a mesmerizing show that blends fine arts (paintings, drawings, or sculpture) and music, while coloring floor, ceiling, and walls nearly 33 feet tall. Themes vary throughout the year.

A full-day local guide, well-educated and specially-trained on the history and culture of Paris and its surroundings, will accompany your group.

Treat yourself to a gelato. You're in Rome!

Enjoy a walking tour to the Trevi Fountain: the terminal of the Aqua Virgo aqueduct is now one of Rome's most celebrated sights. It's at its best at night, when the fountain is illuminated. Throw a coin over your right shoulder and into the spray to ensure your return to this wonderful city!

Day 7: Colosseum and Roman Forum, Optional Excursion to Tivoli with Villa Adriana
Visits to the Colosseum and the Roman Forum
Walk through the best known monuments of Ancient Rome, the Colosseo and the Foro Romano. Once the heart of a vast empire, the Forum was filled with extravagant buildings and crowded with people from all over the known world.

Your combination ticket to the Colosseum and Roman Forum also allows entrance to the Palatine Hill archaeological site and its museum: should time permits, you may want to make your way up the hill to visit the oldest and most prestigious residential area of Ancient Rome.

A local guide, specially-trained on the history and culture of Rome and its surroundings, will accompany your group.

A headset receiver is included.

Enjoy a visit to a hilltop town that supplied the travertine marble from which much of Imperial Rome was built. Nowadays, Tivoli is known for its Roman ruins and its gardens with fabulous fountains.

A local guide, specially-trained on the history and culture of Rome and its surroundings, will accompany your group.

Discover the vast estate where Emperor Hadrian recreated some of the wonders he saw during his travels. Widely acknowledged to be one of the largest and most spectacular villas ever built in the Roman Empire, Villa Adriana once covered an area greater than the center of Imperial Rome!

A half-day local guide, well-educated and specially-trained on the history and culture of Vatican City, will accompany your group.

Visit to the Sistine Chapel

Discover the wonders of the Sistine Chapel as a spectator at the 3D and 270-degree immersive projection titled Giudizio Universale. Special effects on a wide screen tell, in four parts, the story of the artist and of the masterpiece he painted on the ceiling of the Vatican's Cappella Magna between 1505 and 1512.

A serenaded farewell dinner is included tonight. O Sole Mio, on the banks of the River Tiber.