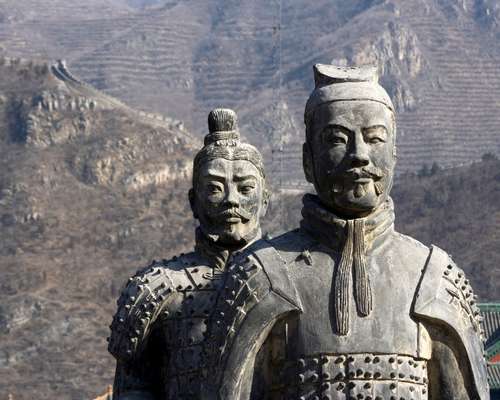 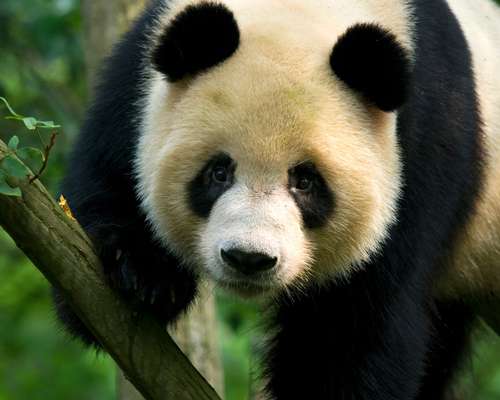 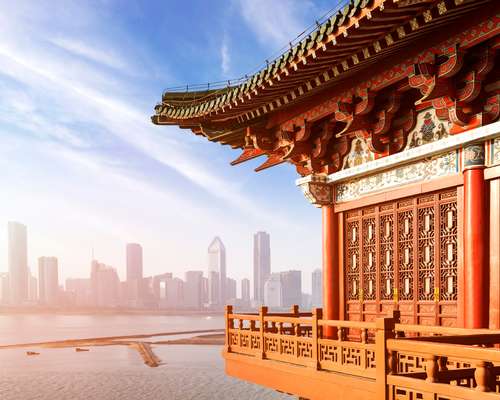 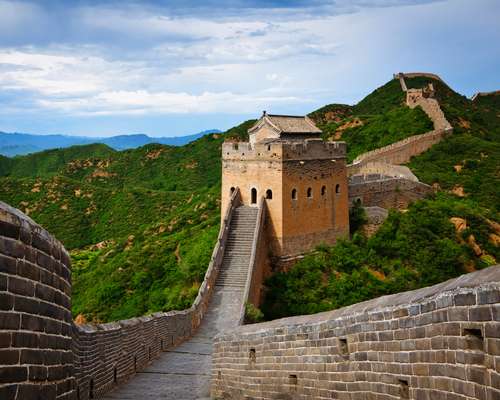 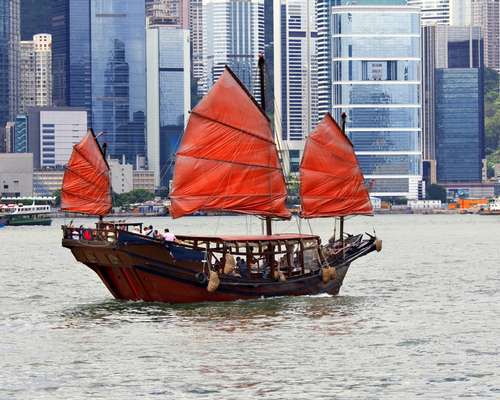 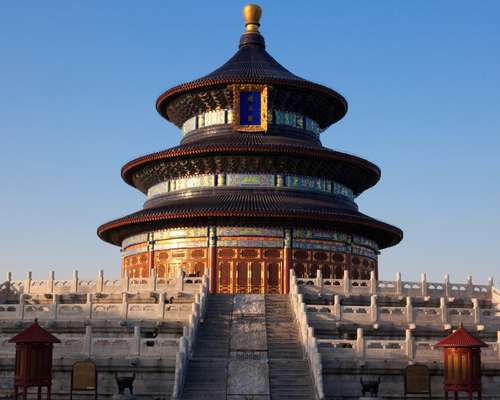 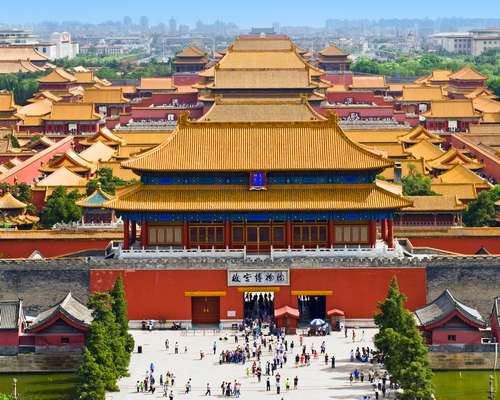 Excursion into the countryside: Visit to a local farm

A dream comes true as your wide-bodied jet thunders off the airstrip, bound for China. Cross the International Date Line and land in Beijing, the city that sets the tone and chooses the direction for this vast country of over a billion people.

This evening, enjoy dinner with your fellow travelers.

Explore the capital city on a sightseeing tour.

A local guide, well-educated and specially-trained on the history and culture of Beijing and its surroundings, will accompany you today.

As you follow the instructions of a Kung Fu teacher in the park, you'll get introduced to an ancient martial art in the land where the demanding discipline of Shaolin Kung Fu was created 1,500 years ago by monks of the Shaolin Buddhist Temple, in the central Henan Province.

Visit to the Temple of Heaven Park

Visit one of Beijing's most extraordinary temple complexes to view the Imperial Vault of Heaven, the Circular Mound Altar, and the spectacular Hall of Prayer for Good Harvests, a three-tiered wooden temple constructed without using a single nail.

See the vast and bare expanse ringed by monuments such as the Gate of Heavenly Peace (which gave the square its name, Tian'anmen), the Great Hall of the People, the Monument of the People's Heroes, and the Mausoleum of Mao Zedong.

Visit to the Forbidden City

Enter the walled imperial palace that no one could access or leave without the emperor's permission. It took more than a million workers to build it, back in the early 1400s.

Cross the street that separates the Forbidden City from Jingshan Park, a lovely landscaped area crowned by a hill with five summits, one of which is the highest point in Beijing. Climb up and take in the panoramic view with the Forbidden City in the foreground.

Tonight's dinner features a local specialty from the imperial era that's so famous that it still bears the 17th-century European spelling for Beijing.

Get ready to discover one of the Wonders of the World.

Supposedly visible from space, this wall thousands of miles long is over 2,000 years old in some sections. Qin began it. The Ming Dynasty rebuilt it. Nixon came to see it. Now you will too, at a secluded section where the skies are clear, the mountain scenery dramatic, and the site still free of crowds of tourists.

Walk on the Great Wall of China

The Great Wall runs along mountain ranges, twisting its way up and down along crest lines. Exploring on foot is an extraordinary experience: it will take you back in time, leaving you in awe at the magnitude of the enterprise. Enjoy the challenge as the path may be quite steep between the hills and forts spread along the way.

A fast train whisks you away to an ancient city long known as Chang'an. It took Marco Polo much longer to get there! At the time of his visit, Xi'an was one of the world's largest cities. Nowadays, it remains a special destination as one of the Four Great Ancient Capitals of China.

See how the old city of Xi'an is surrounded by well-preserved and impressive fortifications built during the Ming Dynasty as you ride a bike on top of the Ancient City Wall.

A helmet is included with the bike rental.

Tonight, there's the thrill of a walking tour through the Muslim Market with your tour escort. This market has been an important feature in Xi'an for centuries, ever since the city became the starting point of the Silk Road, which wend its way across Asia to the Arabian Peninsula. The market stays open into the night and is famous for the shops that sell traditional dishes.

Sample the unique flavors of the cuisine of the Hui people at tonight's dinner. This Chinese-speaking ethnic group, whose members are descendants of Muslim Silk Road travelers, have produced one of the Eight Great Cuisines of China by combining Chinese culinary traditions and Islamic dietary laws.

Today you will enjoy an excursion outside of the city.

Visit the fabulous mausoleum of the ruler who founded the Qin Dynasty, back in 247 BC. He became king at the age of 13, and was the first to unify China and rule as emperor. During his reign, he ordered colossal works, notably a defensive wall, precursor of the Great Wall, designed to protect the northern flank of his empire.

Marvel at the thousands of life-sized terra cotta soldiers, some atop their steeds, which form the imperial bodyguards of the defunct, but still mighty, Qin Shi Huang.

Between two excavated pits filled with rows of soldiers, two large bronze chariots and their horses were also unearthed in 1980. Half the size of their original models, chariots, horses and attendants are reproduced in perfect details.

Make Your Own Terra Cotta Warrior lesson at a reproduction factory, materials included.

Proceed to a Terra Cotta Warriors reproduction factory, where you will see how life-size replicas are made to resemble their 2,200 years old models. Then, enjoy a hands-on lesson during which you will make your very own small-scale warrior to take home as a special souvenir.

Visit one of the best known landmarks in Xi'an, the pagoda also known as the Giant Wild Goose Pagoda as it once counted three more levels. This Buddhist shrine was built in AD 652 to preserve sacred scriptures and figurines of deities brought from India.

Tonight, savor a variety of dumplings, the best-known local specialty, and watch how performers in colorful costumes express through music and dance the culture of the Tang Dynasty (AD 618-907).

Today's flight takes you to the city some consider to be the most beautiful in all of China. Founded in 214 BC, the sub-tropical haven of Guilin has been the subject of inspired poems, odes and paintings ever since.

Travel to the market town of Yangshuo, set amidst karst mountains on the banks of the Li River.

Step aboard a bamboo raft and relax as your boatman transports you down river, past mist-wrapped peaks, as depicted on the RMB 20 Yuan bill.

Discover the breathtaking landscape of the Li River Valley, or the valley of its tributary, the lovely Yulong River. Karst hills etch the horizon, bearing names such a Dragon Mountain, Camel Mountain, or Man Mountain.

A local guide, well-educated and specially-trained on the history and culture of Yangshuo and its surroundings, will accompany you today.

You will pay a visit to an outcrop that stands out as an arch pierced by a perfectly even crescent-shaped hole: Moon Hill. Climb to the top for a spell-binding panoramic view.

Stalactites, stalagmites and multicolored illuminations are among the beautiful attractions inside this limestone cave, but they may not be as popular as the mud baths in which visitors are invited to splash around, and the cascading hot springs where it's fun to take a dip.

Excursion into the countryside

This excursion takes you into the lush farmland that surrounds Yangshuo, where meadows turn into bright yellow tapestries when canola and rapeseed plants bloom. You will pass by rice paddies with farmers and water buffaloes at work, and hills etched with graceful terraces.

Visit to a local farm

Stop at an organic farm, where you'll get a feel for the life of Chinese farming families and their daily chores.

Enjoy a renowned sound-and-light show which incorporates the stunning scenery of the Li River as its backdrop. Its director, Zhang Yimou, had the whole world as his audience when he co-directed the Opening and Closing ceremonies of the 2008 Olympic Games. Expect the same level of theatrical skills, beauty and magic in Yangshuo tonight.

Travel aboard a fast train to a commercial center which is the third-largest Chinese city after Shanghai and Beijing.

You will be introduced to historical sites on a sightseeing tour of one of China's five National Central Cities. Located on the Pearl River Delta, within an estuary that shelters a harbor which was once the only Chinese port opened to foreigners, Guangzhou was known to the west as Canton. It gave the world Yue Cai: Cantonese cuisine.

Ancestral Temple of the Chen Family

Visit this large temple complex with halls and courtyards, where ancestors are revered. Elaborate woodcarvings typical of the Guangdong Province are on display.

See how the Memorial Hall which now stands on the site of Guangzhou's Presidential Palace honors the First President and Founding Father of the Republic of China, Dr. Sun Yat-sen.

Arrive in the "Pearl of the Orient" after a short and fast train ride.

Explore the city that never sleeps! Its streets are a kaleidoscope of colorful neon signs and scurrying crowds. Its vast harbor bustles with junks and sampans competing for space with container and cruise ships, ferries, jetfoils and hovercrafts.

On to the city's highest point, where the air is cool and the panoramic vista stunning.

Your program includes an iconic Hong Kong attraction: a ride on the Victoria Peak funicular railway inaugurated in 1888. Check out the Peak Tram Historical Gallery at the lower station, and enjoy the thrilling views on the way up.

On the summit, the most notable landmark is the Peak Tower, famous for its design reminiscent of the upturned eaves of traditional Chinese roofs. It houses the Peak Tram Terminal, a viewing terrace, and various attractions. The Peak Galleria is nearby, but there's also the Victoria Peak Garden, where city vistas are framed by lush tropical vegetation teeming with birdlife.

Plan this unscheduled day with your tour escort.

How about a shopping foray into one of the the huge malls and among street market stalls? Possible bargains and unusual souvenirs range from silks, jade, and pearls to cameras, stereos, haute couture, and more!

Museum fans may have a hard time picking a destination as the choice of topics is vast: art, history, teaware, horse racing, science, robotics, 3D...

You get the day back today as you cross the International Date Line once again, for an arrival back home on the same calendar day you left China.