Going Places Educational Travel Blog - If It's Monday, This Must Be Munich! Fun Facts About Munich's Oktoberfest

If It's Monday, This Must Be Munich! Fun Facts About Munich's Oktoberfest

Oktoberfest is a famous six-day Volksfest that occurs every year in Munich, Germany during late September and the first week of October.

On October 12, 1810, Crown Prince Ludwig married Princess Therese of Saxony-Hildburghausen in Munich, and they invited all of Bavaria's citizens to join in their wedding celebration that was held in the fields near the city's gates.

After their marriage, the fields were named Theresienwiese (Therese's Fields). Locals refer to the area as "Wies'n".

A Volksfest is just what it sounds like: a festival for folks! In German, the literal translation is "peoples festival".

Oktoberfest is thought to be the largest festival in the world.

Oktoberfest is Munich's most popular tourist attraction, adding nearly half a billion Euros to the city's economy each year, and bringing in over half-a-million visitors from all over the world.

The festival began in 1810, so it's not really as old as you might think. At just over 200 years, it hasn't even been around as long as the United States.

In the last 20 years or so, attendees have returned to their German roots and show up at the festival wearing traditional Bavarian garb rather than regular clothing. Men wear lederhosen and women wear dirndl dresses. But, you can wear regular clothes if you want! 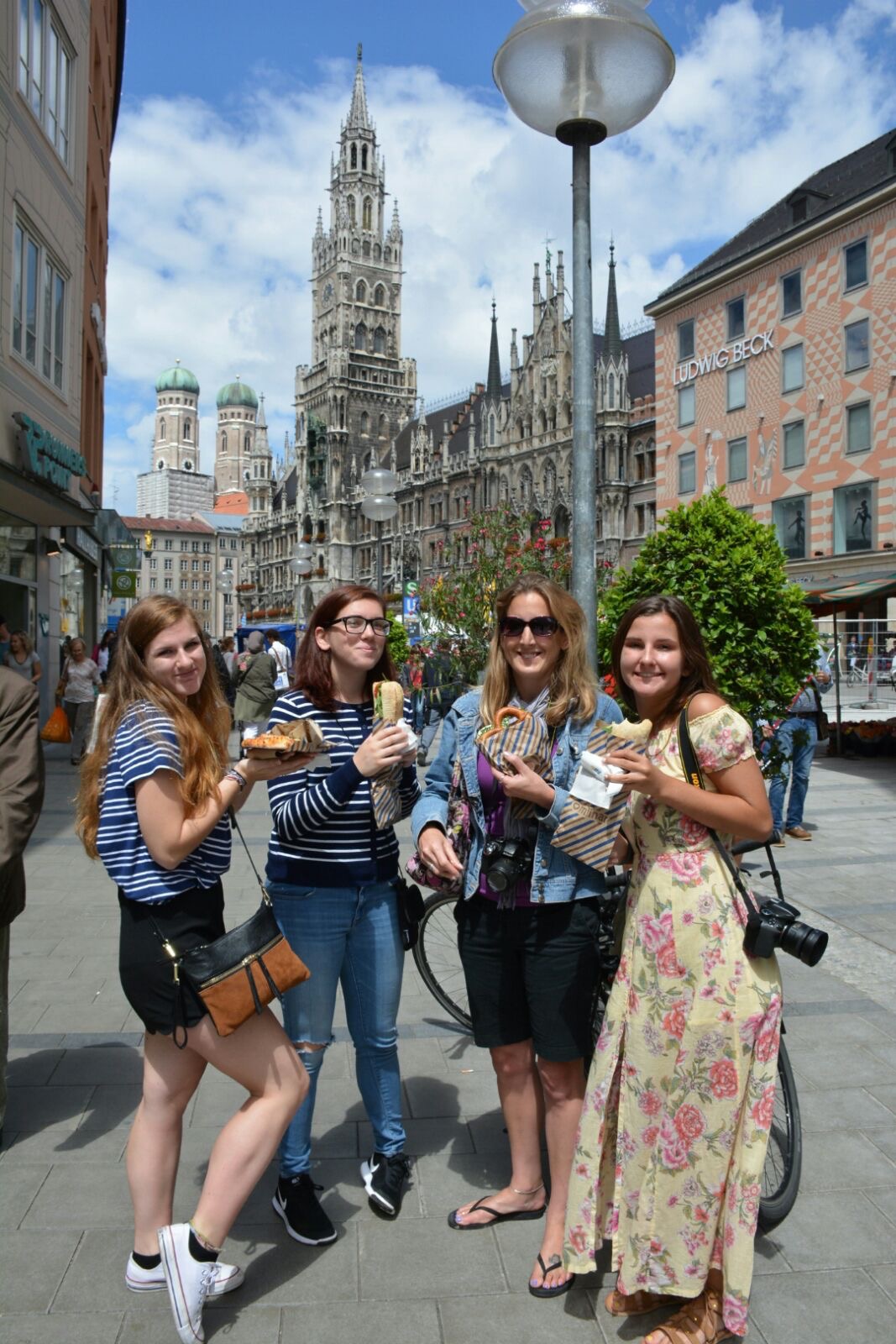 Of course, it's all about the beer. It is estimated that six million liters of beer are quaffed at Oktoberfest each year, and, believe it or not, there are only six types of beer available at the event. The six beers are all from local breweries: Löwenbräu, Hofbräu, Hacker-Pschorr, Paulaner, Spaten and Augustiner.

Even though Oktoberfest is now held mostly in September (and extends into the first week of October) the very first Oktoberfest happened on October 12, 1810 in celebration of the future King Ludwig's marriage. The royal wedding reception lasted five days!

During the celebration, a horse race signified the end of the event. The race was so widely appreciated that a tradition was born the following year -- Oktoberfest. Even though it was once the main attraction at Oktoberfest, the horse race was eventually eliminated.

So, this Thursday, grab yourself a stein and holler "Prost!" (rhymes with toast!) in honor of King Ludwig and his bride!